Writing about power is full of binaries. Any number of writers and thinkers have argued that power has two faces–one coercive, destructive, and dominating; the other collaborative, constructive, and functional. At times, theorists have debated which is “the correct” way to think about power. Is it fundamentally about conflict and exploitation? Or is it fundamentally about working functionally with other human beings to get something done?

Bertrand Russell argued for a kind of lifecycle of (societal) power. At some point, some members of a society become opposed to the power system. They engage in revolutionary power to overthrow it, generally through violence. The new system must be held, though old partisans are still present; this leads to the use of naked power–now certainly using coercion, force, and violence–to secure their hold and suppress opposition. But it’s costly to maintain power this way; it’s hard to watch everyone all the time, and people get used to the punishments that are levied. Unless you kill all opponents, you’ll have to keep escalating (and providing ever-sweeter rewards to those you’re trying to co-opt) just to hold steady. The solution is to start creating institutional power through government, education, religion, media…so that common beliefs about acceptable behavior become embedded in the society and people start to regulate themselves without the constant need for Big Brother.

Russell’s presentation implied a rather constant movement through these discrete stages–maybe a sort of power is a flat circle idea–so that every society will cycle through all stages until it ends. Even then, it will be replaced by a new society (likely through revolution) that starts on its own cycle.

Here is my point of departure: Power is not one thing or another thing. Its forms are not discrete. Instead, power is like double-stranded DNA. One strand is coercive, based in force and/or rewards that compel compliance. The other is what I’ll call collaborative (see my note on terminology elsewhere)–based in legitimacy, consent, and/or participation. The two strands are connected and both are always present in all situations. However, imagine the helix perpetually rotating–it has rotational inertia, so that it will keep going round and round in the absence of some other force. Sometimes the collaborative strand is closer to our vantage point; the coercive strand recedes into the background. But it’s there; it’s connected by DNA-like horizontal bonds. At other times, the coercive strand is in front, and the collaborative recedes–again, connected always by those bonds.

Without both strands, power is only partial: Coercion alone is a diminished power. Collaboration alone is an insufficient power.

Consider the ultimate example of coercive power: the despotic tyrant. The tyrant seems omnipotent and utterly independent in his power. Yet, he relies on soldiers and secret police to keep the populace in line. He depends on aides and assistants to carry out his will–and, crucially, not to band together to bring him down. All these lesser figures, then, must see him as legitimate–they must consent to follow him–they must participate in supporting his regime. Legitimacy is the backbone to his coercion. Break off the legitimacy strand, and his power becomes brittle and vulnerable.

Consider, in contrast, a middle manager working her way up the ladder. As a woman, she’s leaned heavily on her ability to inspire other people’s willing support. She uses persuasion, creates an atmosphere of cooperation, and “brings people on the journey.” Gender expectations, along with her own instincts about how to create the most meaningful change, have pushed her to this style. At some point, someone may challenge her; when that happens, maybe she can invoke the budgets she controls, or threaten to withhold approval needed for a project, and prevail. But if she lacks coercive power, then her influencing skills have no backbone, and she’s confronted with her ultimate impotence.

Coercion keeps collaborative power from collapsing. Legitimacy provides cover for coercive power. Idealists can’t do without the one (even if they avoid using it); despots can’t ignore the other (even if they pretend it doesn’t matter). Only when the helix is fully intact is power whole.

What the helix is not is stable or fixed. Just because we have a collaborative power system backed up by coercive capacity doesn’t mean we have a stable collaborative system. The helix always rotates, even if it does so slowly. Over time, one strand moves from the foreground toward the back; the other strand starts coming more strongly into view. How does this happen? It depends on the direction of the change.

When we start with a coercive system, then over time the legitimacy of the system decays. The dictator executes too many generals, or names a dissolute child to the succession, or maybe fumbles the management of a terrible pandemic. Some group of people–government aides? prisoners' families?–start talking quietly among themselves. They begin organizing. They begin resisting.

The helix turns further; now there’s clear tension between coercion and collaboration. Coercion isn’t as effective anymore; the constituency now demands legitimacy and participation. The dictator may lose power to a more favored opposition, or (in an unlikely but compelling turn) change his tactics to show more benevolence and generosity. He may sign international agreements that make him look influential and globally valued.

The helix keeps turning; at some point, the collaborative strand is fully in front and the coercive strand has receded, looking shrunken from our viewpoint. This might take decades in the case of the authoritarian government; it might happen in days or weeks if a company’s board fires the entire top management team. Threats have lost their currency–when the figurehead leader has no support, those threats can be ignored or overcome. Whoever would rule now must do so by gaining respect.

But the helix does not stop. A collaborative system, based in legitimacy, has two fundamental vulnerabilities. First, the system creates a division of resources, of privilege, of opportunity that favors only some people (either by design, or because those people learn to extract value for themselves). Second, this kind of system depends on trust and cooperation; a sly manipulator can find opportunities for self-enrichment in such a system. Indeed, to call out such behavior, or punish it too harshly, seems to violate the spirit of the system itself.

The first case is illustrated by the two opposing movements: the 2020 protests against US police following the death of George Floyd, and the January 6, 2021 insurrection at the US Capitol.

After decades, if not centuries, of ill treatment that was justified and enabled by all the infrastructure of US institutions, Black people and allies used the coercive power available to them–protests that snarl traffic, burden city budgets, cast governments as immoral–to challenge the institutions' power. The legitimate system fought back with militarized force–police, national guard, and federal forces fired tear gas and projectiles at protesters. Whereas previously, even in the face of injustice, people accepted bad police treatment or hostile court decisions with resignation–fully occupying the frame of “legitimate power”–now the legitimacy of the legitimate system was crumbling, and coercive power was creeping in.

On the opposite side of the political spectrum1, on January 6, a mob was led to believe that the legitimate system had failed…that the legitimate “rules of the game” had been broken. They resolved to use outright force to seize control of what they saw as an illegitimate government. When the constituency of a system no longer sees the legitimacy of the system, then legitimacy cannot be used to govern–or to influence. Again, we saw a militarized response (including lethal use of force), reflecting the need for the system to move in the direction of coercion.

The second case deserves a post of its own, but briefly: A legitimate system–a collaborative power system–is based in trust, and in people’s willingness to voluntarily abide by the system. It’s not possible to monitor everyone to control behavior. No drone system is watching every stretch of rural highway to force cars to slow down; people voluntarily limit their speed. We don’t have laws to cover every possible transgression; rather, people feel a sense of obligation to treat one another decently, to not cheat or steal, and to exert some self-control. And we basically trust others to do the same.

This leaves a ripe opening for the opportunist or the grifter. Donald Trump has shown an enormous talent for finding gaps in a legitimate system–places where the fragile netting of norms easily tears, and no wall of power is there to reinforce the hole that’s left. Trump steps through the hole. Even where grift isn’t involved, someone seeking advantage can co-opt a collaborative system. The demise of manufacturing and the age of high finance were ushered in in the 1950s by figures such as Robert McNamara and Ed Lundy, who browbeat and intimidated the traditionalists and seized power at Ford.

The weakening of collaborative power, whether driven by the discontent of the disadvantaged or the schemes of the striver, sees the emergence of coercive power again. A strong collaborative system might seem to hold for a while in this intermediate zone…until it doesn’t.

The helix wants to rotate. Well, no, that’s not true; it simply does rotate, infinitely, steadily, like a galaxy. Unless something happens to interrupt its rotation.

The legitimate system is vulnerable. But wise leaders will remain vigilant for threats to arise–are we out of balance in whose interests we serve, prompting resistance from within? Are individuals with bad intentions exploiting our weaknesses? And they can take measures to arrest the rotation for as long as possible.

How to do this? It’s a tough question and I haven’t fully thought it through. But I believe that the best way is probably to engage a little paradox: Harness the opposing force.

A collaborative system wants to use legitimacy. When Al Gore was trying to insist on a vote recount in Florida in 2000, he backed down rather than maintain his challenge–and he did so because he believed that choice best served the legitimate system. When a company must deal with a general manager who is being abusive to subordinates, its first impulse is typically to hold meetings and talk about the situation.

But I propose that using legitimacy to deal with threats to legitimacy is risky (see my discussion of Popper’s tolerance paradox here). A key feature of coercive power is that people who use it are willing to go beyond the limits placed by concerns about legitimacy. Al Gore wasn’t willing to go too far; George W. Bush and Karl Rove were. The legitimate system must be ready to pull out decisive coercive power when it is needed to stop existential threats. If it fails to do so, the threat will at best recede for a while, only to come back to try again. At worst, we’ve seen that polite conversations can’t stop a manager from maneuvering out ‘enemies’; hearings can’t stop authoritarian executive actions; protests can’t stop a war. The collaborative system must be ready to whip coercion into the foreground, use it sharply and conclusively, and then put it away again.

We can think of this the other way too: If a coercive system is threatened by a coalition trying to take it down, it wants to take down that coalition. And it may have to do so by appealing to legitimacy temporarily, so that it can convince other groups of people to defy the coalition or not to join it or to betray it or what have you. And then once the coalition has dealt with it, then legitimacy may fade and the system foreground coercion once again.

How do we use this?

Right now, I see a few key lessons to take from the power helix. 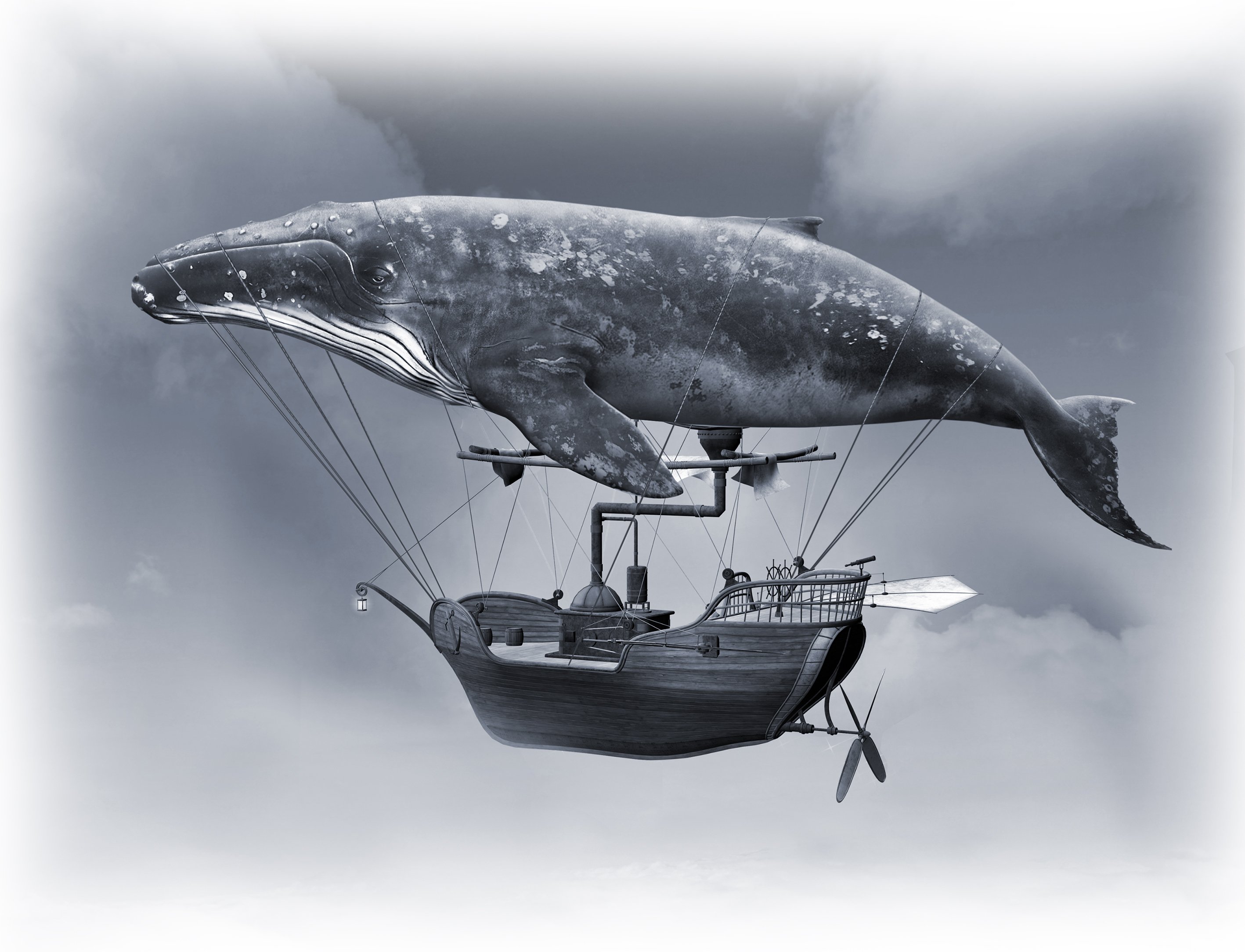